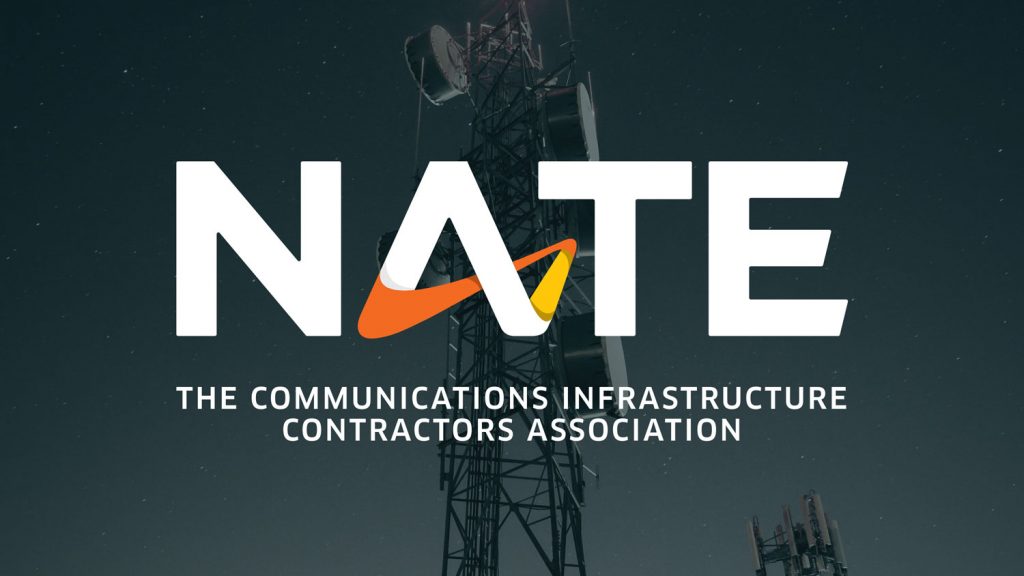 Parker is OSHA’s first Senate-confirmed leader in nearly five years, after his nomination for assistant labor secretary was approved with a 50-41 vote on Oct. 25. Formerly the head of the California Division of OSHA, Parker takes over from Acting OSHA Administrator Jim Frederick.

NATE: The Communications Infrastructure Contractors Association congratulates you on your confirmation as Assistant Secretary of Labor.

NATE is a non-profit trade association in the wireless infrastructure industry, and is recognized as the tower industry leader in promoting safety, standards and education. We represent more than 1,000 member companies, including hundreds of small business contractors, that construct, service or maintain hundreds of thousands of communications towers and next generation networks throughout the United States and 12 other countries.

Since its creation more than quarter of a century ago, NATE has worked extensively with the Occupational Health and Safety Administration (OSHA) on a variety of issues. We have worked together on safety directives and guidance documents, coordinated official visits to tower facilities and supported Safe + Sound Weeks and the National Safety Stand-Down Campaigns, in addition to extensive meetings and discussions on other workplace safety matters. NATE has also finalized a partnership agreement with OSHA and the Federal Communications Commission that will ensure we are addressing contractors’ concerns will prioritizing the safety of tower technicians.

Recognizing the importance of a positive relationship with OSHA leadership, NATE was scheduled to meet with Acting Assistant Secretary Jim Frederick to discuss our priority issues. However, that meeting was understandably postponed because of the enormous pressure and increased responsibilities within OSHA resulting from President Biden’s vaccination mandate. NATE looks forward to continuing the conversations and engagement with OSHA leadership, and would be honored to facilitate a meeting with you and a small group of NATE’s small business members. We have already had meetings and discussions with Scott Ketcham, the director of the Directorate of Construction, and others within the agency, and have always has positive conversations that advance safety priorities.

A critical issue confronting us is the proposed OSHA rulemaking regarding tower climber safety and fall protection. It is imperative to note that NATE representatives worked with other subject matter experts to develop comprehensive industry consensus standards (ANSI/ASSE A10.48 and TIA 322), which established minimum criteria for safe work practices and training for personnel performing work on communications structures. NATE has urged OSHA to embrace and implement these standards in lieu of developing new regulations on tower climber safety and fall protection. These industry consensus standards, which are in place and are being utilized right now, will save significant time and money.

Furthermore, they provide timely guidelines to help prevent injuries and fatalities instead of waiting for the development and advancement of a federal rule.

The National Technology Transfer and Advancement Act of 1995 provides precedence for this approach. This law (P.L 104-113) directs federal agencies to use technical standards “that are developed or adopted by voluntary consensus standards bodies, using such technical standards as a means to carry out policy objectives or activities determined by the agencies or departments,” except where inconsistent with applicable law or impractical.

Accordingly, it would be counterproductive, unsafe and unwise for OSHA to proceed with rulemaking on tower climber safety, which we understand is in the proposed rule stage.

In addition to discussing this with various OSHA officials, including your predecessors and staff in the Directorate of Construction as well as other directorates, NATE held several meetings with the Small Business Administration, including the Office of Ombudsman. Furthermore, NATE members participated in the Small Business Regulatory Enforcement Fairness Act (SBREFA) panel a few years ago, reaffirming the Association’s stance on this issue. We also participated in tower climber safety workshops and provided detailed comments on OSHA’s RFI on communication tower safety.

NATE encourages OSHA to take into account these industry standards and our members’ commitment to worker safety should the agency continue to move forward with rules that would impact tower technicians. We look forward to working with you and your colleagues within the Department of Labor to ensure NATE’s small business contractors are represented and their concerns with regulatory issues are addressed.

Thank you for your public service and congratulations on your confirmation.